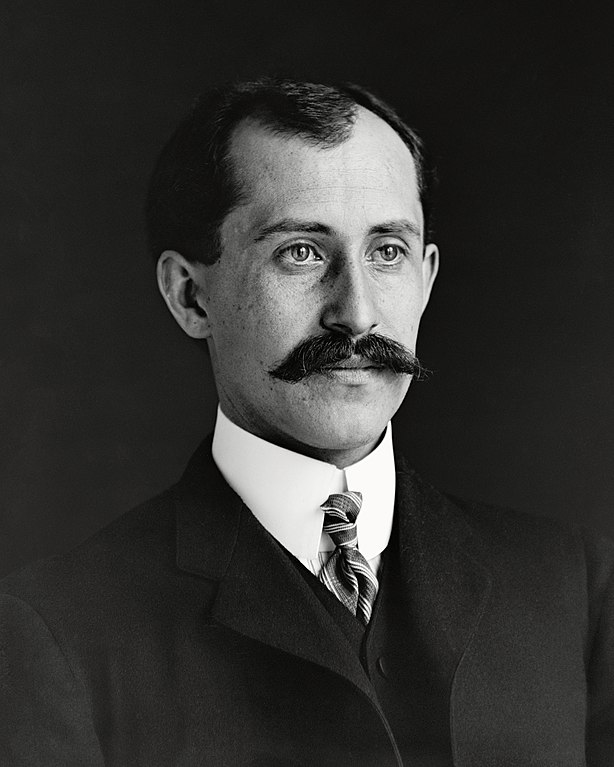 Wilbur and Orville Wright, sons of a Dayton minister, both showed mechanical genius from the start. In the fall of 1892 the brothers opened a bicycle repair shop and showroom, and later designed and sold their own bicycles.

By 1899 the brothers had become increasingly serious about their quest to fly and by the turn of century had consumed all the commonly available sources of information regarding flight. By the winter of 1900 the decision had been made to develop a man-carrying machine and by that fall, they began their first field experiments with a glider in North Carolina. The desolate Kitty Hawk was selected based on information from the U.S. Weather Bureau that showed it offered sufficient winds located away from major populations.

With limited success under their belt, the brothers determined that the calculations they were using must be incorrect. They would have to test the data for themselves. Back in Dayton they built a “wind tunnel” in the back of the bicycle shop. Testing various angles and meticulously recording their data, the brothers created the first collection of precise and accurate measurements of lift and drag.

In 1902 the Wright brothers returned to Kitty Hawk with a new glider possessing wings of their own design and based on their own calculations. These wings worked marvelously well. The next step was an engine. Unable to find one that met their power and weight requirements, the Wrights did what came naturally: they built their own. In addition, with no accurate existing information available regarding propellers, the brothers once again turned to their wind tunnel to arrive at an acceptable design. It was time to return to Kitty Hawk.

Wilbur won a coin-toss and settled into the controls. After a short run, the craft rose sharply, stalled, and fell back to earth. The next day was spent making repairs. December 16th failed to produce weather conducive to flying. But finally, on December 17th, Orville took his turn at the controls.

At about 10:35, after a short run, the plane lifted into the air. Orville and the flying machine stayed aloft, fighting their way against the winds now gusting to 27 mph for a total of 12 seconds, coming back to earth 120 feet from their lift off point. They had done it. The Wright Brothers from Dayton, Ohio had flown!

The brothers made three more flights that day, alternating turns at the controls. Wilbur’s final flight covered an astounding 852 feet in 59 seconds. A gust of wind that same day destroyed the flyer and the remains were shipped back home.